How Airborne Allergens Cause Colds 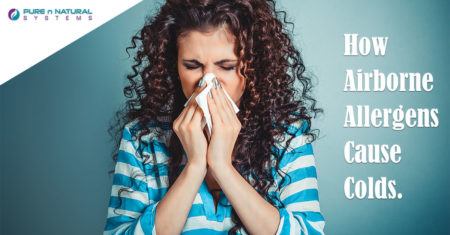 You’re sneezing, coughing, and your nose is running faster than Usain Bolt at the Olympics.

“There’s something going around” at the office, and now maybe you’ve caught it too. Sounds like the common cold. The only way to deal with this cold is to fill yourself with relief meds and trudge through work until it passes in a few days.

The only problem is, it’s been a few days, and the cold hasn’t passed. Your sneezes are starting to break the sound barrier, and on top of your other symptoms, now you have itchy, watery eyes!

Since many of the symptoms are similar, it’s easy to confuse your body’s reaction to airborne allergens as a cold. It’s not, though--It just feels as bad.

Knowing what’s going on in your body is the first step to helping yourself feel better. And if you’re treating your body like it has a cold when it’s really fighting allergies, you’re missing out on the relief you need.

The primary difference between a cold and allergies is how they start. A cold is caused by a virus, which is harmful and contagious to most people (i.e. “common” cold). Allergies, though, are a specific reaction to substances that are normally harmless to people.

A common cold typically lasts 3 - 14 days, but during peak pollen/ragweed seasons, allergy symptoms can last up to 6 weeks. Your body can fight off a cold with rest, fluids, and healthy nutrition. Allergic reactions last as long as the allergens are present, though, meaning weeks of sneezing in springtime.

In some people, airborne allergens can cause many of the same symptoms as the common cold. If it’s a bad allergy season, you might be experiencing:

Unlike a cold, a normal symptom of allergies is also itchy, watery eyes. 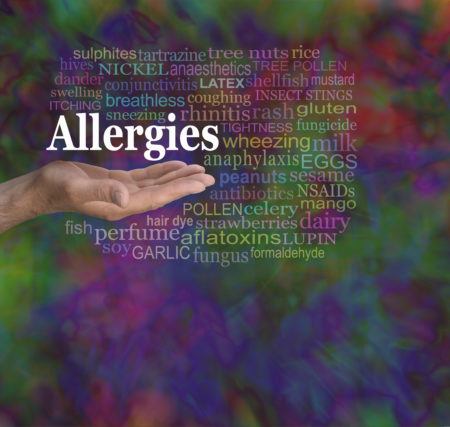 The best prevention for a cold is normal hand washing and avoiding people who already have colds, but the only way to prevent allergies is to avoid allergens--which can be tough when allergens are in the air you breathe!

People generally treat allergy symptoms like they do cold symptoms: with antihistamines and decongestants. These can go a long way to lessening the pains of allergy season.

However, the medicines don’t remove the allergens, so another step towards easy breathing is using an air purifier or humidifier in the home or office. These machines help to clear the air of allergens, removing the source of those unwanted symptoms.

Allergy season can be a miserable time, making you feel sick during some of the most beautiful moments of the year. With a little information and the right preventative measures, you can start to enjoy these seasons instead of dreading them. 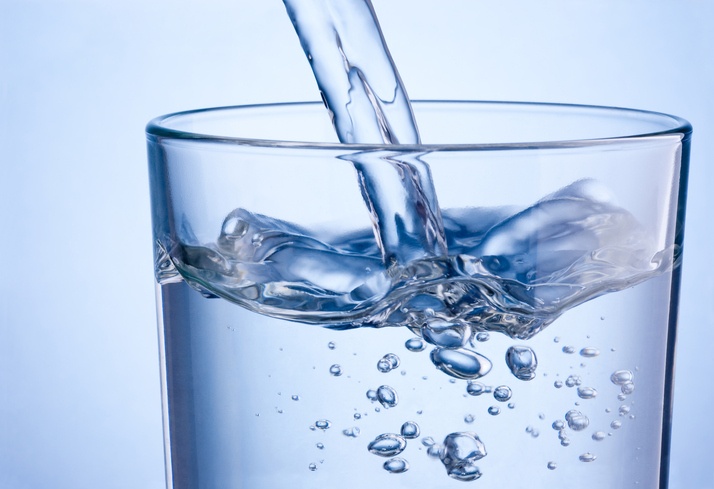 Drinking Tap Water: Is It Safe?

Despite the modern standards of safety and cleanliness that we enjoy in many aspects of the world today, there is no guarantee the water from your... 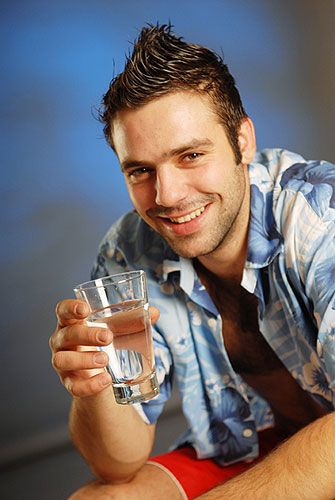 Lead in Water: Is What You're Drinking Affected?

Do you know: Does your drinking water contain lead? Whether what your drinking comes from a private well or municipal water system, lead in water...

Most of us are aware of the risks of bad choices at the dinner table--too many carbs, too much sugar, too few green vegetables. A lot of us have even...